Warning
Our new website is optimized for the most current web browsing technology. If you are using an older web browser, part of our website may not function properly as designed. Please consider upgrading your browser for an error free experience.

The Sisterhood of Style

The Sisterhood of Style

Fresh from Erinsborough 2019 sees actress Mavournee take the leap of faith to pastures new but lets be honest many a success story has started on Ramsay Street. Shedding the teenage role we’ve come to know her as the  future seems bright for Mavouree Hazel aka Mav. The Garm sits down with Mav on a sunny afternoon in Newtown Sydney to chat guilty pleasures and pizza toppings 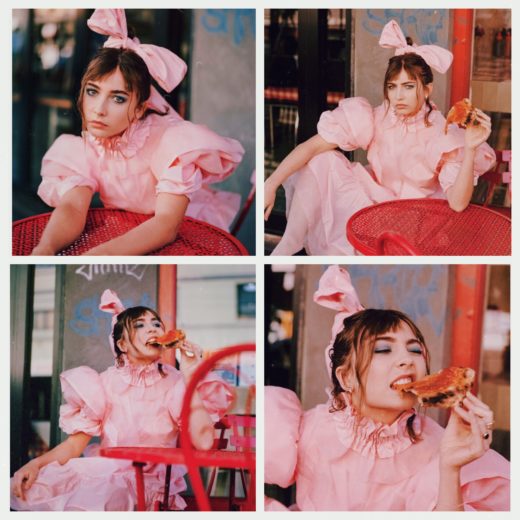 So many great actors have got their start on Neighbours did you feel any pressure when leaving to follow in their success?

Yes and no. There is a certain trajectory that actors follow when they leave shows like Neighbours and Home & Away that takes them to LA, but i felt really strongly that i needed to stay in Australia, for a few reasons. I’m really proud of and excited by the industry here at the moment, big international production houses have finally recognized the talent and resources Australia has to offer, and I wanted to be a part of it. I learnt so much on Neighbours and am so grateful for my time there, but felt I needed to work on a few more sets here before I took the leap overseas. I don’t like to compare myself or my career to anyone else’s, I try and feel inspired by my peers success rather than pressured by it.

Tell us about your new role?

I’m working on the reboot of HALIFAX: retribution at the moment, a series for Channel 9. I play Zoe Sailor, a 23 year old rock chick very much a product of her fathers world, Ben. He is a talented guitar maker, a legend in the industry, working with the likes of Jack White. Jane Halifax plays my stepmother, and we play out a typical tense step-mother daughter relationship. It has been such an incredible experience so far. I really wanted to be challenged in my next character, and the universe gave me that with Zoe. I mean, physically I had to learn a few songs and record them in a studio, which was such a cool and inspiring experience.  From an acting point of view, she is such a troubled and broken girl, I wanted to play her with a delicacy in how she broke, despite her edgy demeanor.

In an ideal world if you could pick anyone who would you want as your neighbour?

Ellen DeGeneres and Portia would have wild dinner parties with some great guests and if the nature of our relationship is anything like what’s portrayed on Neighbours, I would absolutely be invited. We would probably end up being long lost sisters.

What’s inspiring you at the mo?

Taron Egertons performance in Rocketman has inspired me immensely, I saw it in cinemas 7 times if that says anything. His dedication and respect of the craft is so deep, and to see it channeled into his portrayal of Elton is a joy to watch. The entire film is a piece of art.

How difficult do you think it is to stop associating you with a teenage role?

It’s not necessarily a space I am eager to move out of, having your play age as younger is such an advantage in the industry, and a well written, justified teenage role is a blessing to be cast in, the storytelling opportunities within it can be provoking. Teenage years are so beautifully fucked up; they are such pivotal years. I love acting because to tell a story, someone’s story, and to have them feel seen and heard and understood is so rewarding, and what humanity is about.

What advice would you give your teenage self?

Unless they’re paying your bills, pay those bitches no mind. Unfortunately, I discovered Ru Paul the year after high school.

Best thing about living in Sydney

the energy Sydney has, it’s electric. After finishing up on Neighbours after 3 and a half years I realized that my only friends were from the show, and that didn’t sit right with me. I knew I wouldn’t grow and learn in that environment, so change was needed, and I knew Sydney had a key to my heart already. It’s been a space for me to redefine who i am.

Where are you most happiest?

Driving around the Adelaide Hills with my siblings, listening to our joint playlist, visiting all the sacred spots of our childhood- I’m a hopeless romantic and a sucker for nostalgia. There is such a simplicity and charm in my experience of Adelaide, I’m really grateful that I got to grow up there. It’s funny,  Adelaide will forever be my hometown but lately I’ve been getting pinches of homesickness and I’m not sure where home really is these days, but it’s the nature of my job, I need to find home in myself.

Best advice you’ve been given?

Comparison is the thief of joy. Ariel Kaplan  (who played my sister told me that my first year on Neighbours while I was adjusting to the lifestyle and perks that came with that job.

I fundamentally don’t believe in guilty pleasures; if something makes you happy- own it, embrace it. But, to answer the question… I love bad coffee, Bushells instant ‘stop, revive, survive’ coffee *chef kiss* delicious.

What should everyone be reading at the mo?

I’m currently reading “vagina: a re-education” by Lynn Enright and couldn’t recommend it more, I want to wear a t shirt out that says “ask me about this book” with a photo of it printed. It addresses the information and ideology around female sexuality and our anatomy, and sheds light on how horrifyingly inaccurate and oppressive out education of it has been. This book redefines, re-educates and reclaims the patriarchal enforced mystery and myths surrounding female sexuality. I recently did a big write up on my Instagram discussing it, and boy, was my comment section heating up. Imagine the public forum scenes from Parks and Rec.

When you’re not acting where would we find you?

Playing Dungeons and Dragons with my friends in Sydney, drinking wine and ordering takeout from Green Mushroom. We are such an eclectic bunch of souls with never enough hours in the night, I love them dearly. 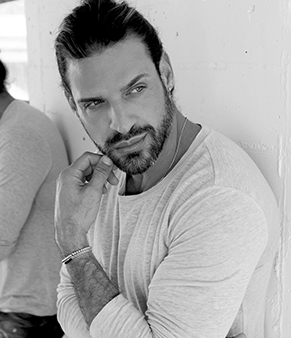 Uniform of the Free 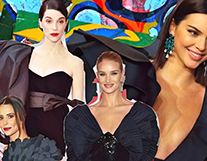 We are the dreamers, the doers, the sisters in arms. We are The Garm. Join the Garm today and receive the latest in fashion and beauty topic trends. You’ll also be notified of guest interviews all around the world.